After three long years of schooling, Christa graduated Saturday from the Fresno Pacific Biblical Seminary with a master's in ministry, leadership and culture. 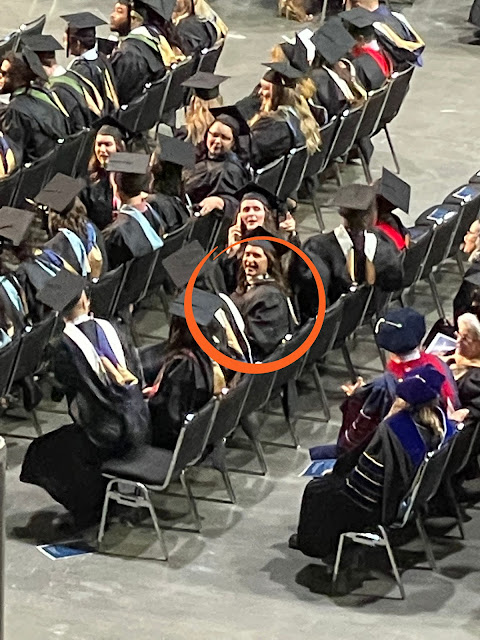 The ceremony was held at Selland Arena in downtown Fresno. 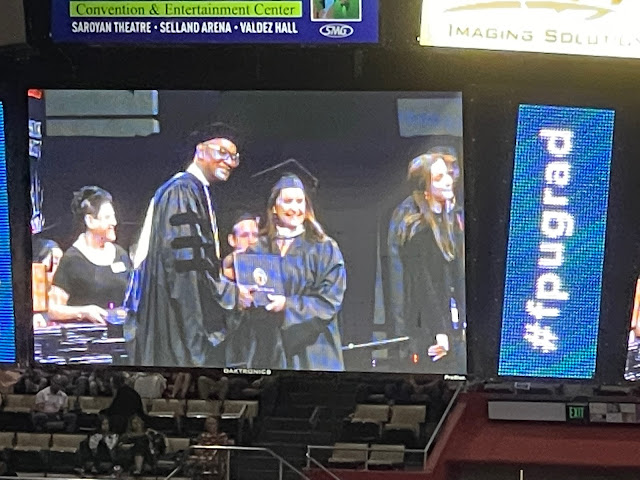 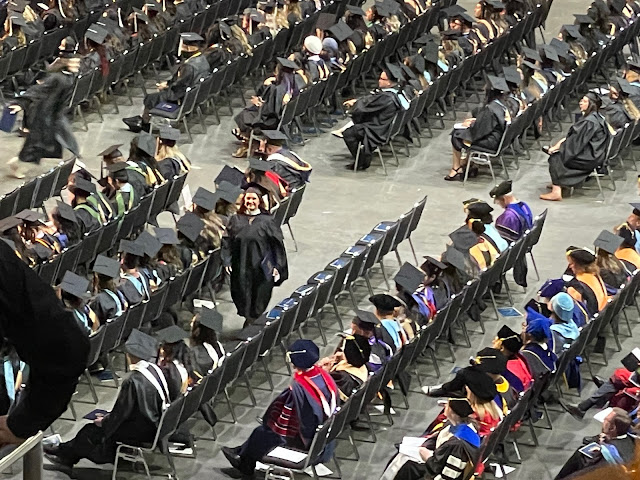 Aaron is on the board of trustees for the university so he always has to be at graduation ceremonies wearing his regalia. But this ceremony was very special for him. 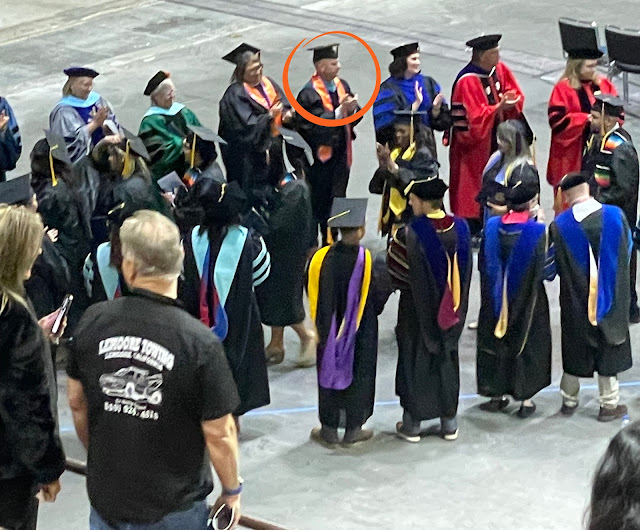 There were so many people but we had a good meeting location. Of course, Gabe wanted to try on the cap. 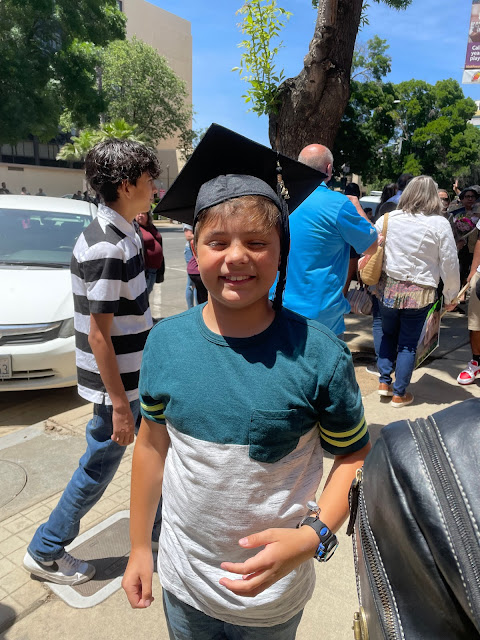 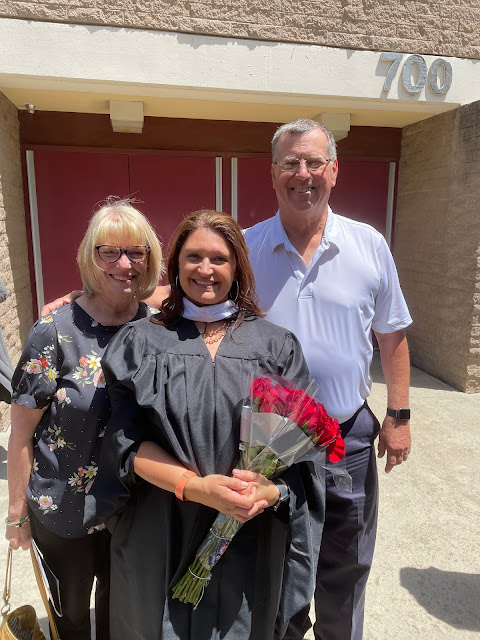 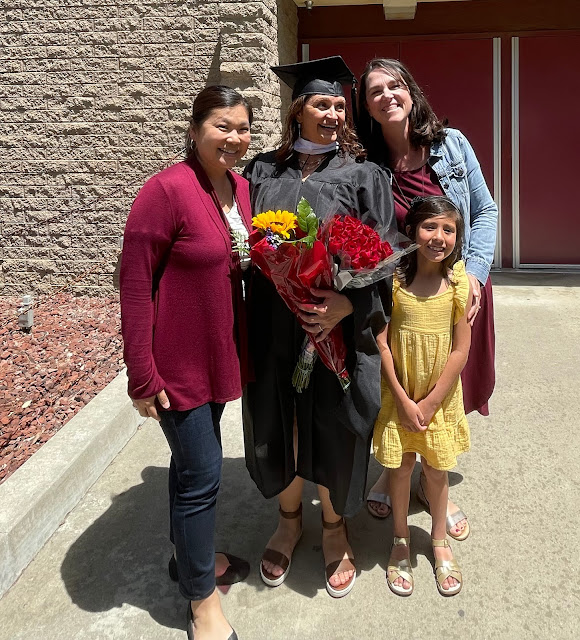 Stacie was here for the weekend. 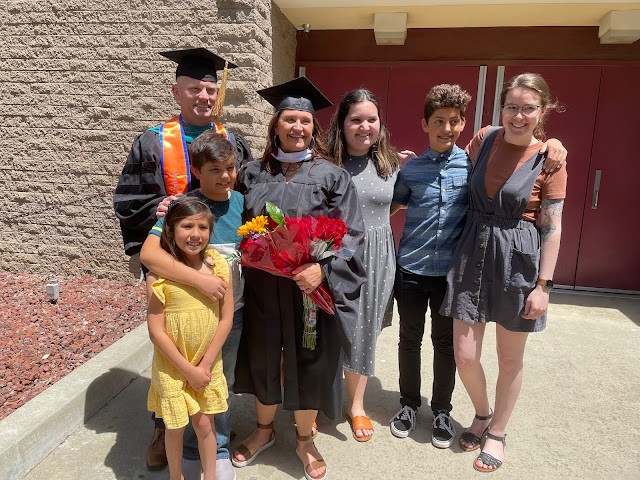 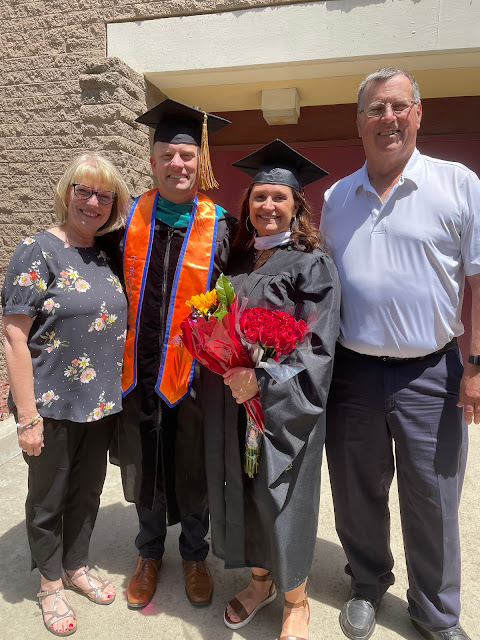 Aaron and Christa had a great party in their newly redone backyard that evening (taco truck!) and I'm sorry I didn't take any photos of it.
On Sunday, Mother's Day, Mark and I headed out to the coast for the day.
Spending time by the waves is so restorative for both of us. As much as we would like to leave this state, we would find it hard to move away close proximity to the coast. 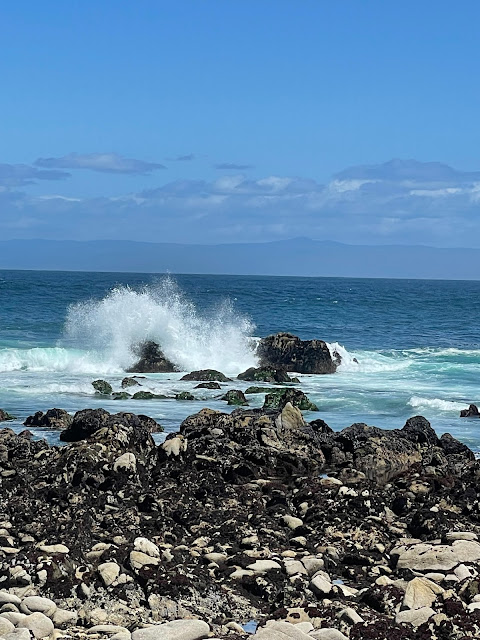 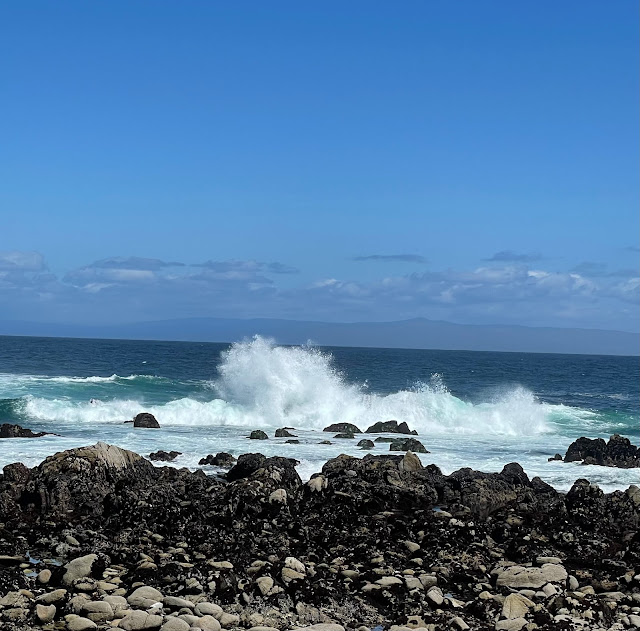 After we had been there awhile, we noticed that the blue sky was getting grey and foggy. 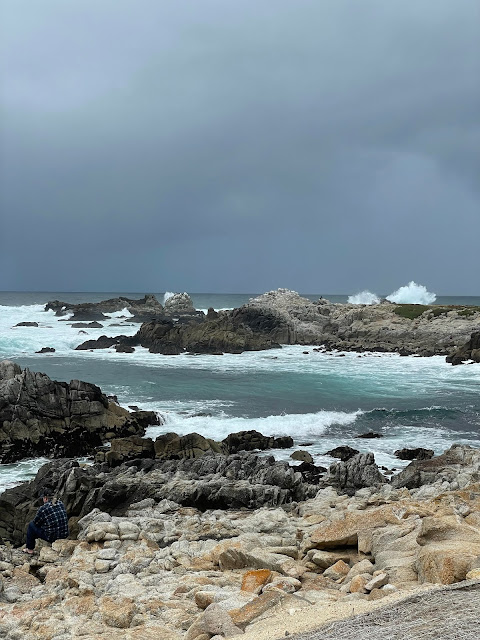 The next thing we knew, it was raining! We both considered that a gift, as we see rain so rarely here in California. 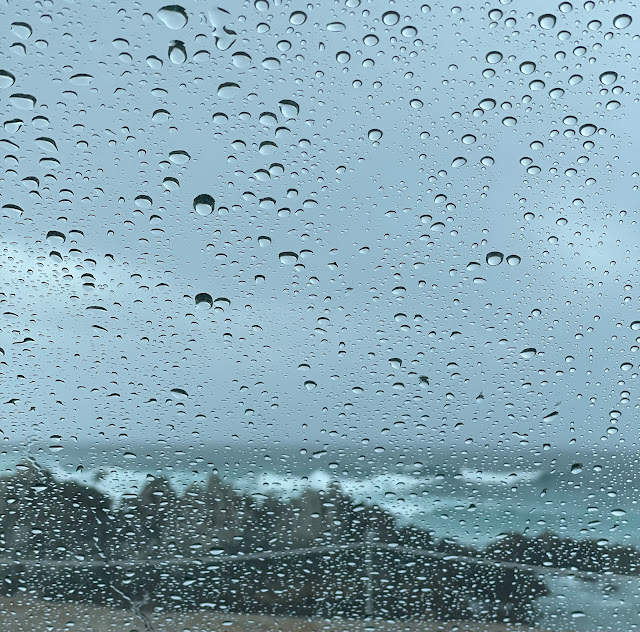 But sky began clearing up again. 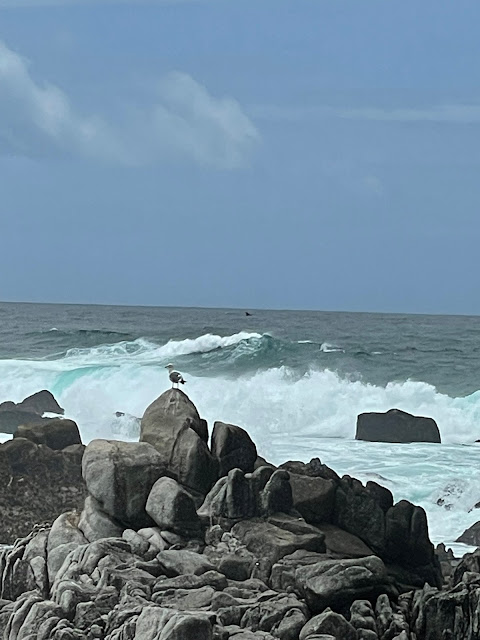 We drove into Carmel and had an early dinner at our favorite restaurant, A.W. Shucks. It is a really small place and was crowded but we were happy to find two seats at the bar. 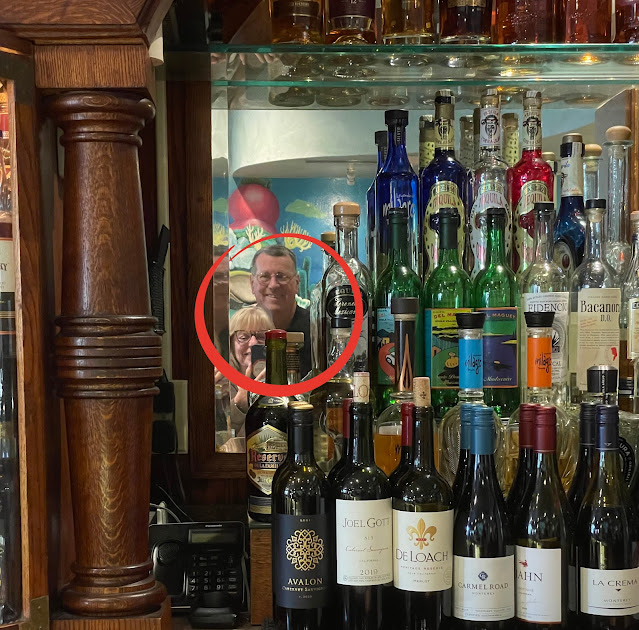 I'll end with this, just because we have an optometrist for a son. 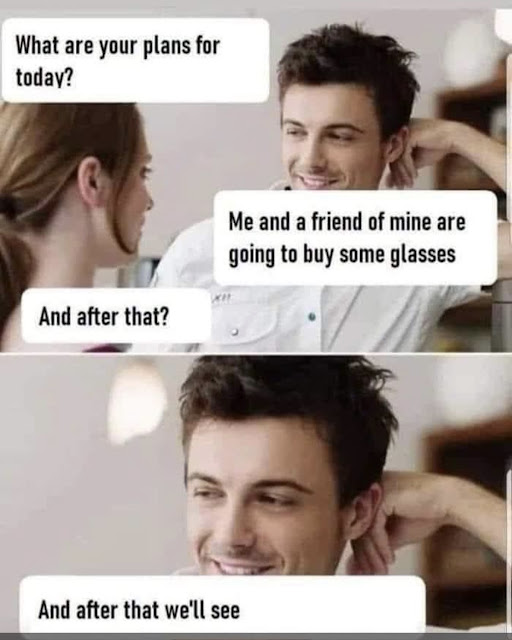 Big congrats to Christa! I thought she was Charlotte in one of your photos. Your family is growing up fast. The ocean photos are wonderful and provide a bit of seaside for me. If only we could get some rain on a regular basis to ease the fire concerns here. I. know it's the same for Cali. Have fun on retreat.