Last weekend I was at a cabin just outside of Yosemite for several glorious days of sewing (more pictures tomorrow). While my friends finished several quilt tops, I worked only on my foundation paper pieced pineapple blocks. They are time consuming. The good thing is that you kind of get in a rhythm, and what monotony there was was alleviated by chatting with friends as I sewed.  I completed six! I know that doesn't sound like much of an accomplishment, only six blocks, but I was thrilled. I decided that I am going to try to not repeat any of the prints. I did the math. The center red and white polka dot will be the same in each block, as will the cream and black dot. Each block requires 32 different prints and I plan to make 30 blocks. So. A total of 960 different prints. I don't think Mark will doubt for a minute that I can pull this feat off! My friends added a couple of their scraps and those are fun additions. 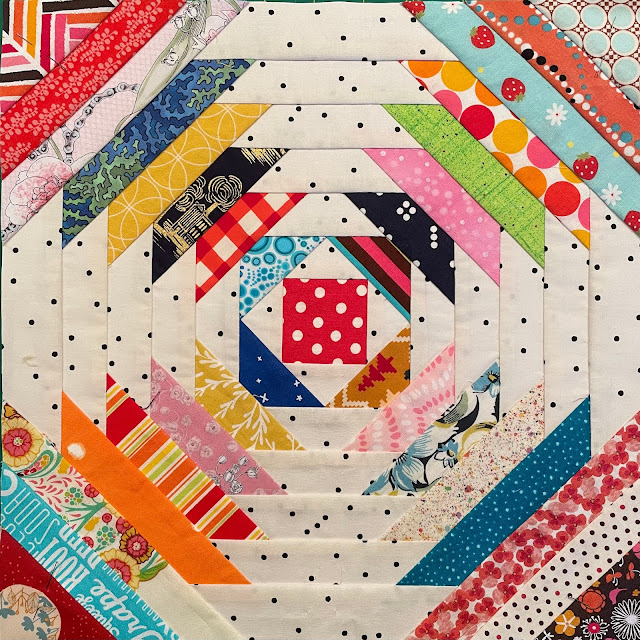 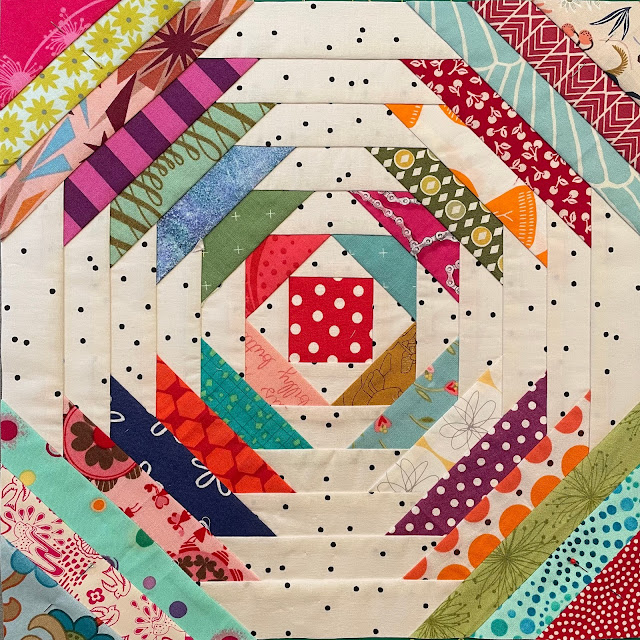 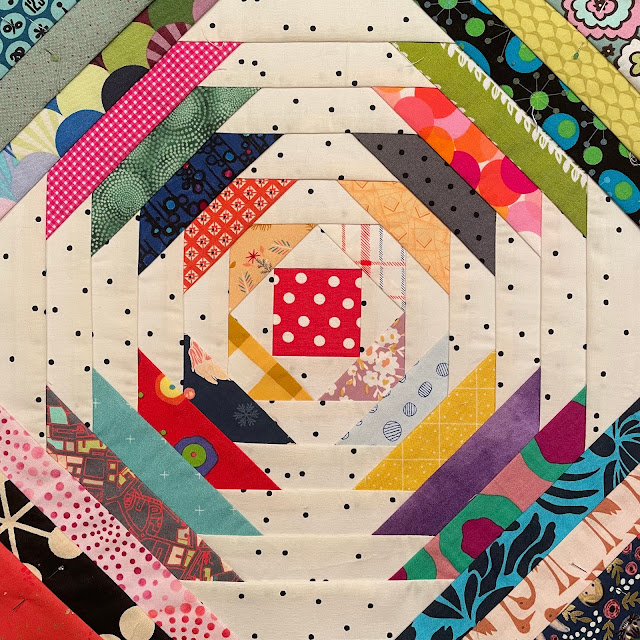 This was the last week of the Riley Blake Designs quiltalong. Block 16 is A Single Blossom, designed by Gerri Robinson of @plantedseeddesigns. 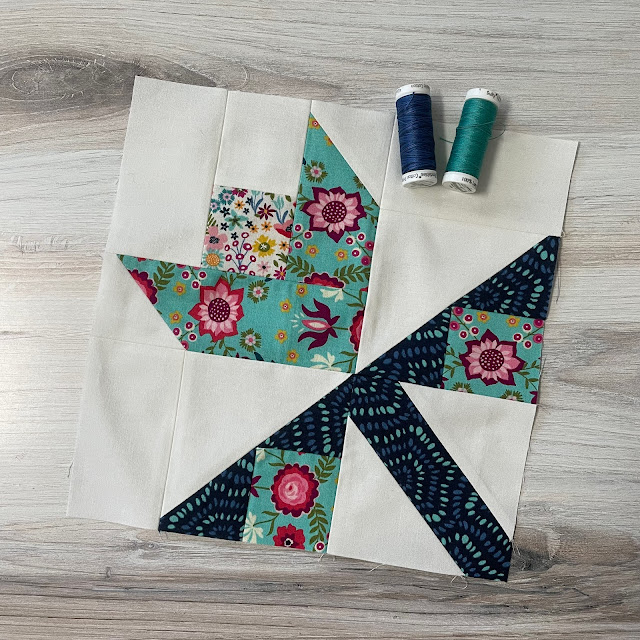 Setting instructions will be given next week, and the information says that the setting will require 17 blocks, and to either repeat one of this year's blocks or choose a block from a previous year. I did not want to repeat any of the blocks so I browsed through the quiltalong from last year and chose Summer Picnic by Christopher Thompson of @the_tattooed_quilter. Because I had made half of the blocks in the blue colorway and half in pink, I tried to combine the colors in this block. 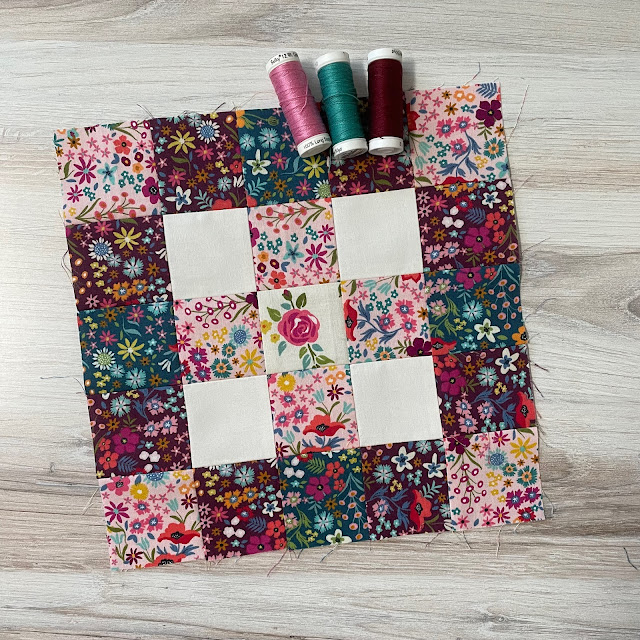 I'm excited to see the plan for these blocks next week. 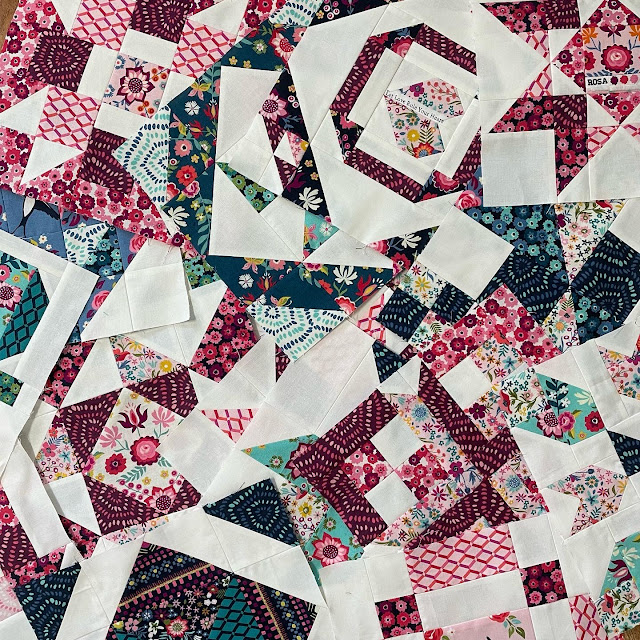 I just finished getting caught up on Moda Blockheads 4 with Block 9, Cross My Mind, by Brigitte Heitland for Zen Chic. 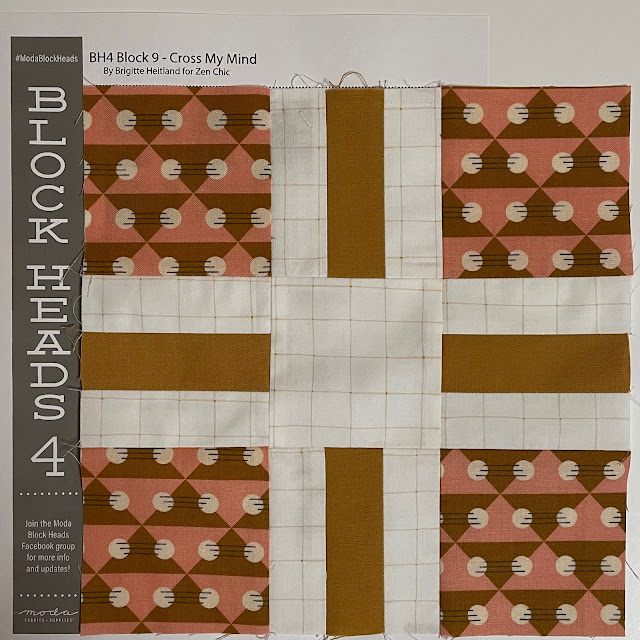 I noticed that there was another bonus block, the fourth one, called Zipper. 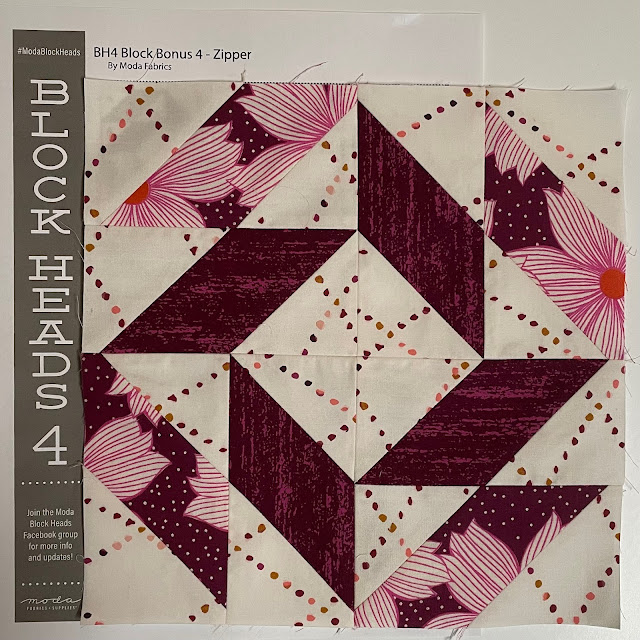 I made a few more square in a square blocks for the medallion so hopefully by next week I will have that border completed and sewn on.
It's been a good week.
Posted by Live a Colorful Life at 5/18/2022