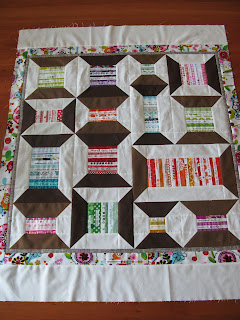 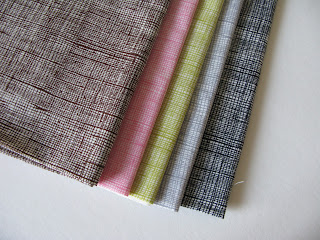 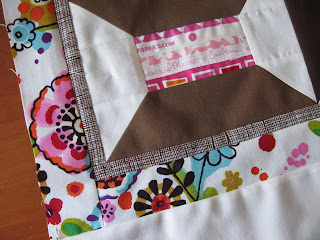 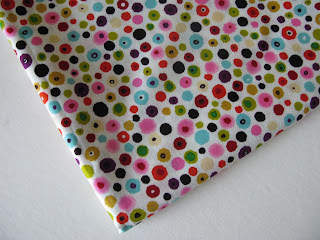 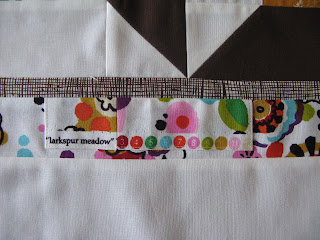 I'll pass on the membership, but I just have to say I love your spools!

Love how it is coming along. I really like the brown mesh type fabric. It really seemed to work well between the spools and the challenge fabric.

Love how your spools came along. I like the variations in size and widths. It's really quite fresh and inventive.

That is just looking SO wonderful! Love it! It has come together so fast.

(not entering the giveaway)

Cindy, this is beautiful! I love how the brown "spools" set off the beautiful colors of the "thread". I'm so jealous of your selvedge quilt...I want to make mine now but I still don't have just the right idea.

I'm sure you saw this:
http://twinfibers.blogspot.com/2011/01/selvage-star-quilt.html

Isn't it gorgeous? I want to make it but not really because it looks like so much work. Plus, I'd have to make more than one star because I want my selvedge quilt to be a bed quilt. Have you seen any good inspiration selvege quilts lately?

Love your spool project! I love how that thin inner border looks.

That inner border is blended perfectly! I had to go back and take a closer look, wow! I love the name too :)

I love your idea about how to quilt it. I think going subtle in the spools is nice while doing decorative in the border is cute! Varigated thread would look great!

I would love to watch The Quilt Show, so please enter me in the giveaway. Can't wait to see the next step of your quilt!

That's too funny! I just bought a bundle of that Heath myself, just because you never know when you might need a little. I love the name (really!) and I like the idea of the brown quilting, I think it would look really nice. :)

I love your spools and you can enter my name.

What a FABULOUS use for selvages, I love the look they give your spools of thread! How adorable!!!!!

Cindy, your quilt is looking so great! Thanks for the tip on the Heath fabric....I'll be looking for that. You probably do this, but just in case......I always measure my quilt top through the middle...not the ends, to come up with the measurement for the border....No ripples!

I just love this quilt. And I think it's PERFECT that you included the selvedge from the challenge fabric in the border! Love it!

Thanks for linking up to WIP Wednesday, have a fabulous week.

I love that inner border. I love the idea of a spool quilt too. I would like to make one at some point.

Love the name! And your quilt is coming along fabulously! I love the 1/2" border. The companion fabric would make a great binding. Can't wait to see the finish!

I want to make a "Spoolin' Around" quilt, it's great fun! And I totally learned something when you explained about the transition border.
I've poked around the Quilt Show website, and I'd love to win a membership!

Your spools are beautiful - fresh and innovative in the design.
I've never had a membership to TQS so please put me in the draw. Thanks.

oh, i just love that little inner border. it's perfect!

love this cindy! it's looking fabulous! I also love the dots for the binding or backing!

I would probably choose the second quilting option (white perle around the whole spool) to define each spool. I like your needle and thread idea for the border, too.

This is looking so good - love all the variation in the spools and how the focus fabric binds it together! Sounds like great ideas for quilting, too. Very tempted to make some spools, now...

It looks fantastic! LOVE it! I like the stash fabric in there too! Its a nice frame. Kind of like Tanya said, it makes it look like the spools are on a shelf on a wall! Yay!

This looking wonderful!! I love that inner border; that was a great idea. Now, aren't you glad you buy fabric just because??

This quilt is coming along so nicely. Your borders are great, and I like the name, too. And yes, I buy fabric that I know will be perfect for the right project someday, even though I don't know what that is yet :)

Love to be looking at this design through the WIP! Nice & Fresh!
Have you considered white quilting just inside the white parts of the spools; maybe even alternating machine quilting and hand quilting per spool?

I think your inner border looks really good! I actually like the fabric you have for your binding...as the colors work perfectly with the top. I'd love to enter your giveaway as well:)

I'm not much help on the quilting front, I love the ideas you suggested. Especially the needle and thread idea.

What a great blender fabric! I need to find some of that.