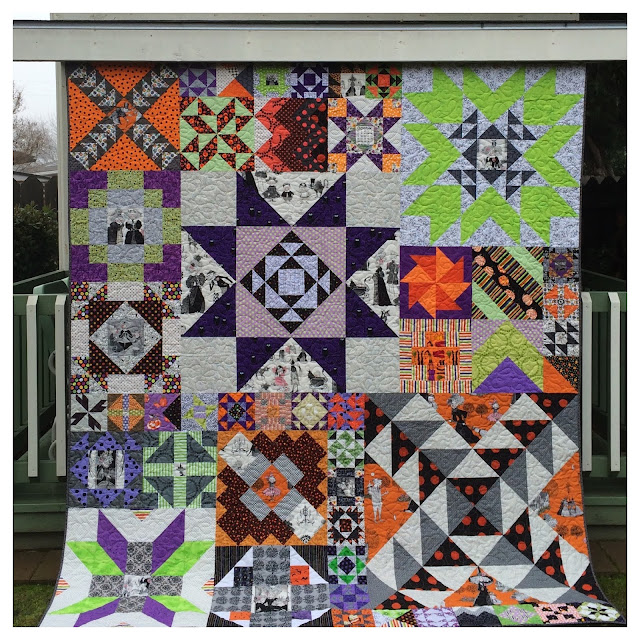 About six years ago, I made A Ghastlie Halloween, using one of my favorite fabric lines, The Ghastlies, by Alexander Henry. The Ghastlies are a group of crabby looking people, and their crabbiness always makes me laugh. Alexander Henry released a new line several years in a row and I had been collecting the fabric for quite awhile when Moda came out with a great pattern called Modern Blocks.

I decided on a color scheme of lime green, purple and orange, along with black and white, and started going through scraps.

When I embark on a project like this, it works well for me to just power through from beginning to end, because scraps seem to take over a lot of space. 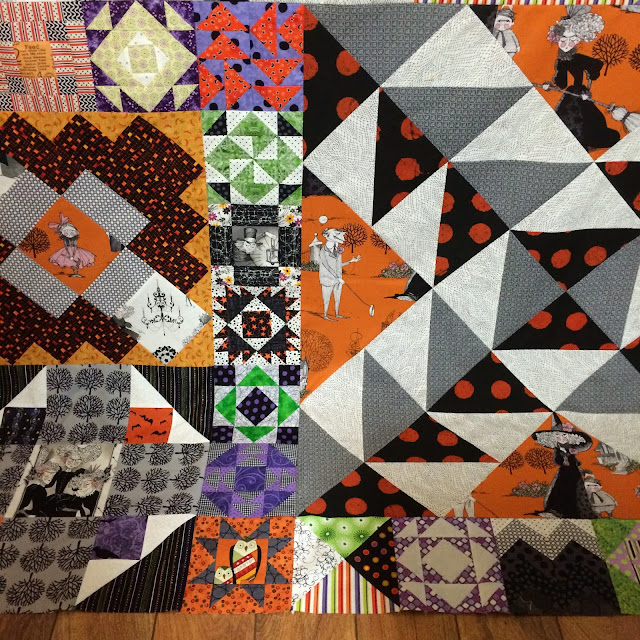 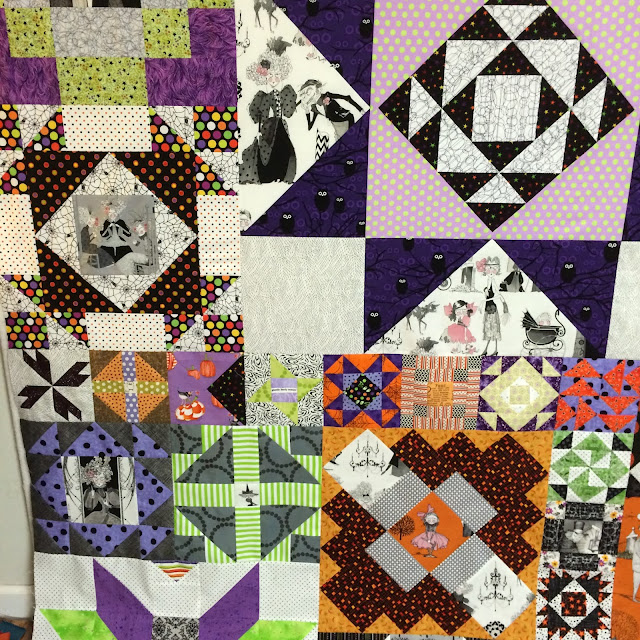 Some of my favorite blocks:
These knitting ladies are my MOST favorite of all the Ghastlies. 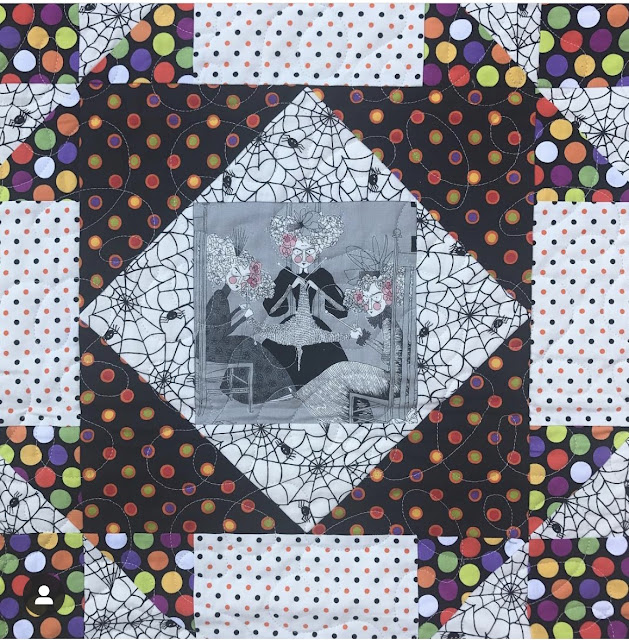 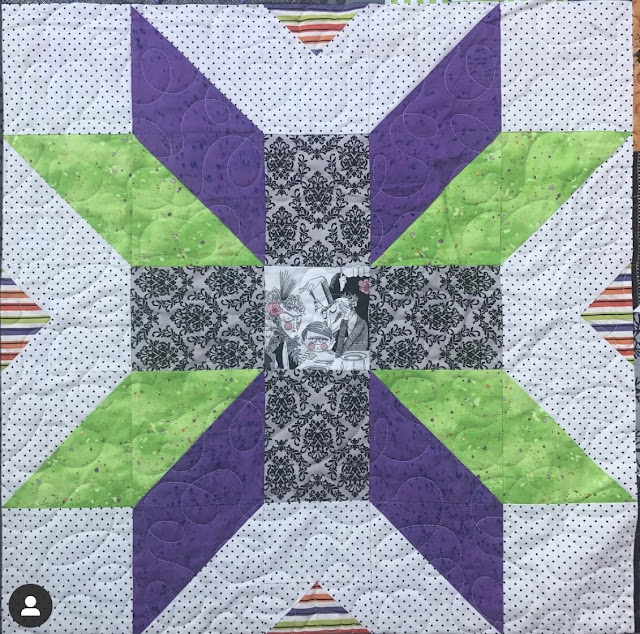 I had a panel of calendar blocks and it was fun to add this little calendar to a block. 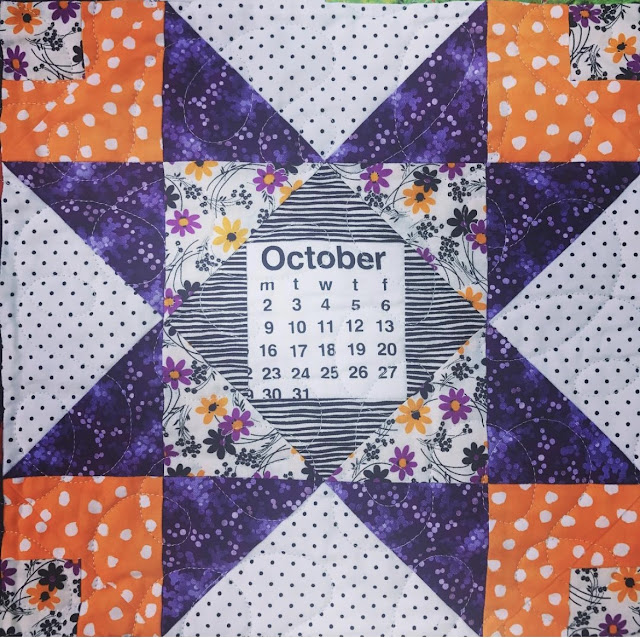 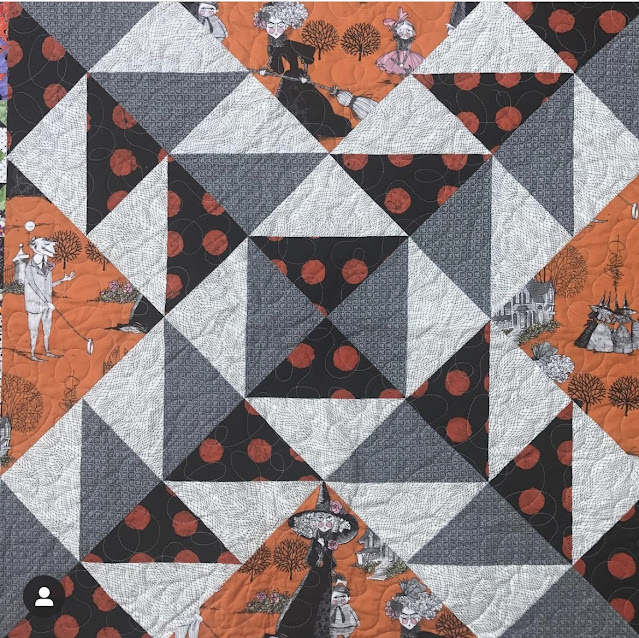 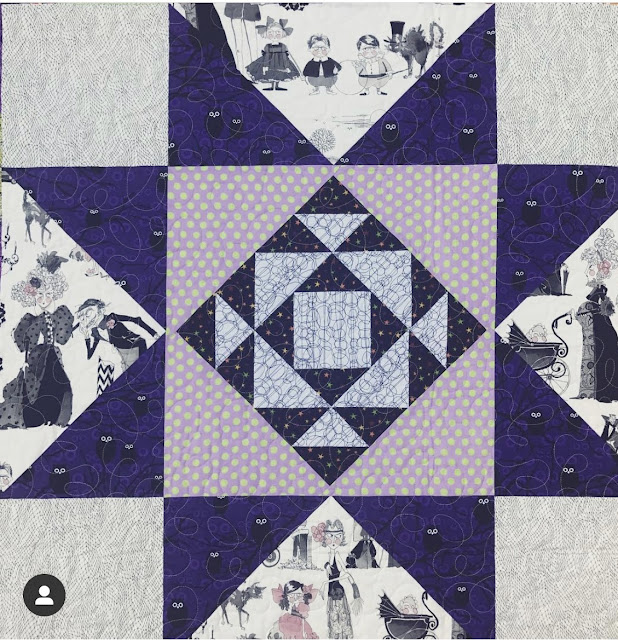 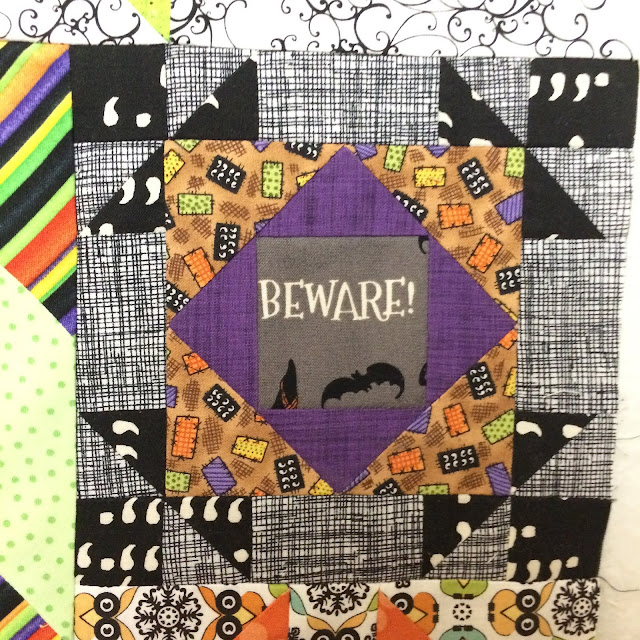 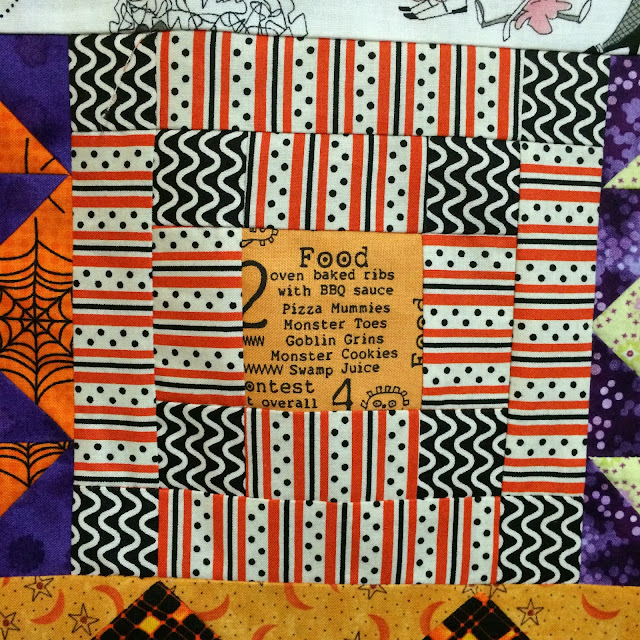 I added selvages whenever I could. 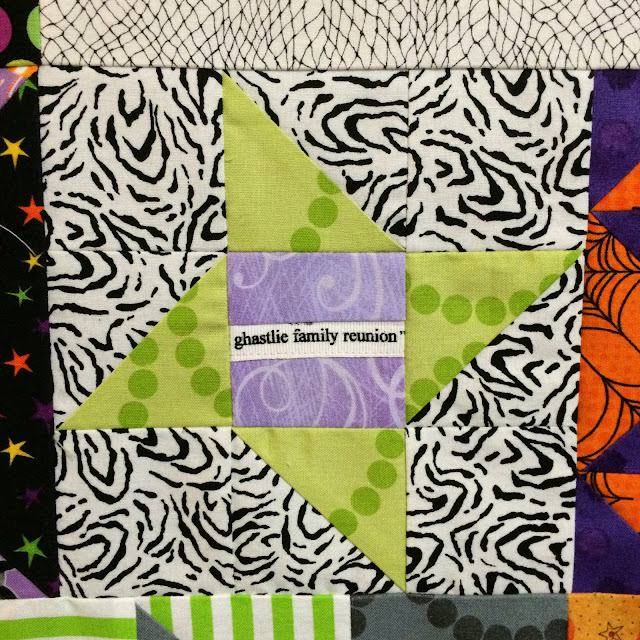 After I completed the quilt, one foggy day I took it across the street and photographed it the bare branches of my neighbor's tree. I like the "ghostly" trees in the background. 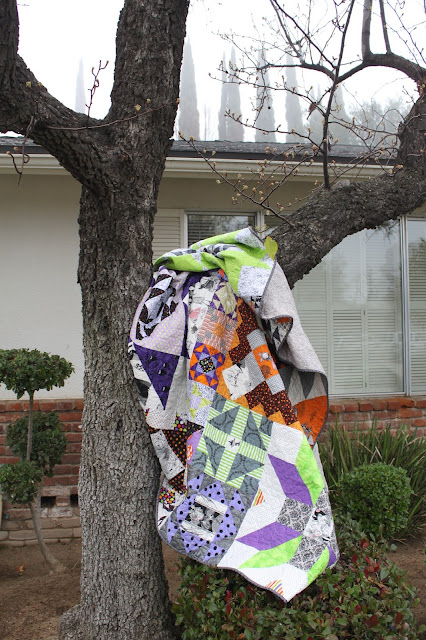 When I used to go to quilting retreats at Huntington Lake, usually late September/early October, it was always the quilt we took along to put on the bed in our cabin. 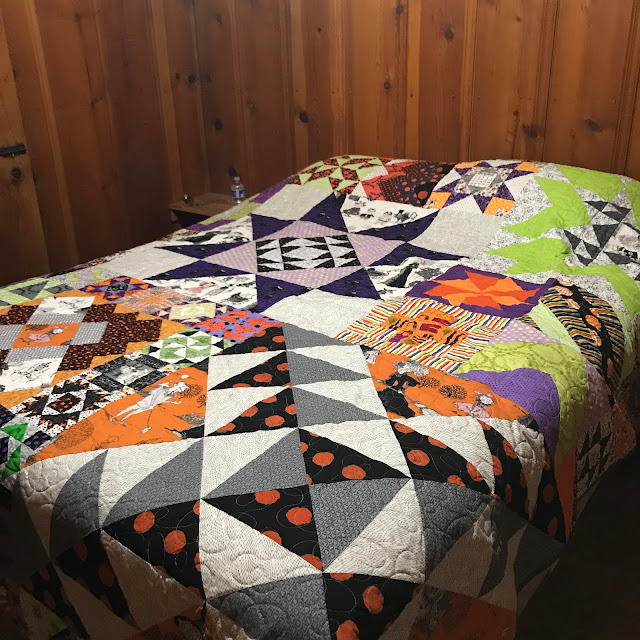 Once I decided to go ahead with the calendar, my cousin, Cathy, and her husband, Terry, told me about their friend who not only restores classic cars, but owns some amazing classics himself. One of them was this bright orange 1939 Ford Delux Coupe. What a beauty! Of course it helps that this is not only one of my favorite shades of orange, but also perfect as the backdrop for a Halloween quilt! 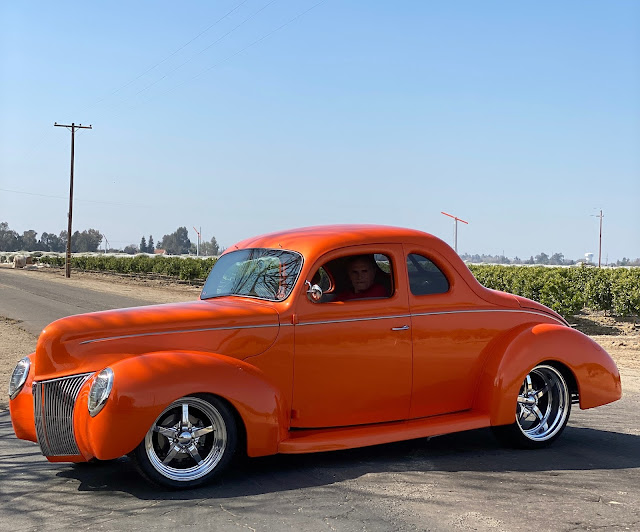 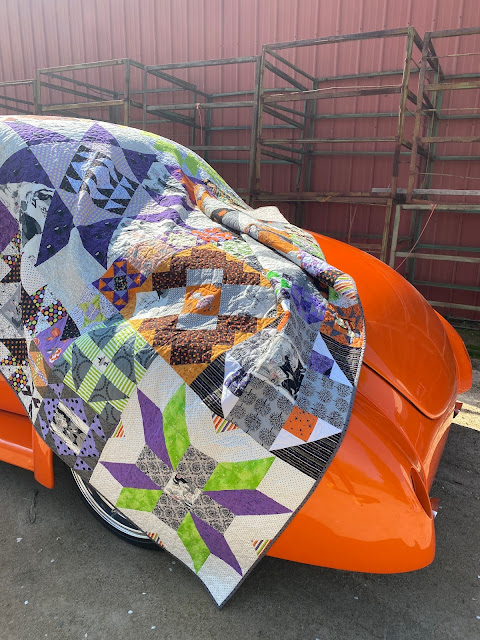 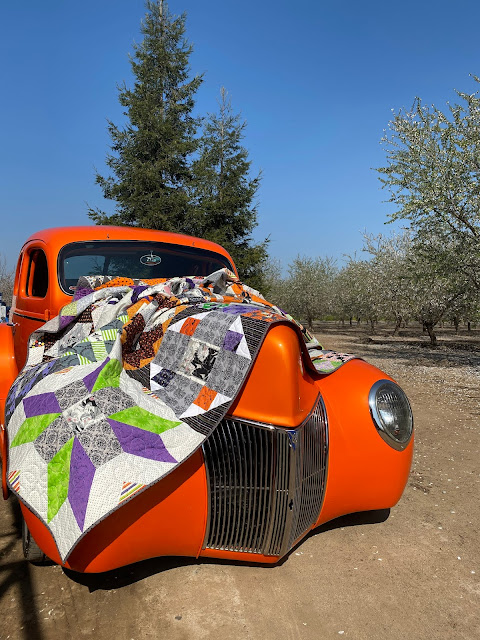 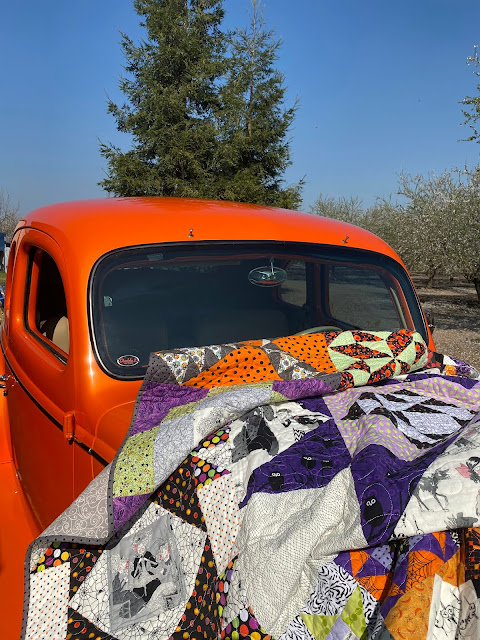 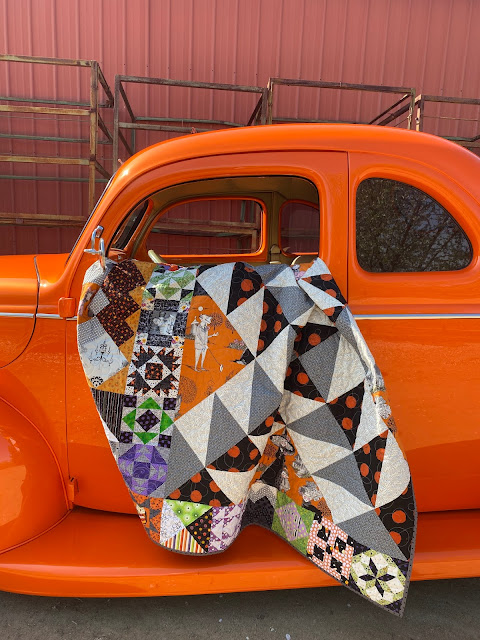 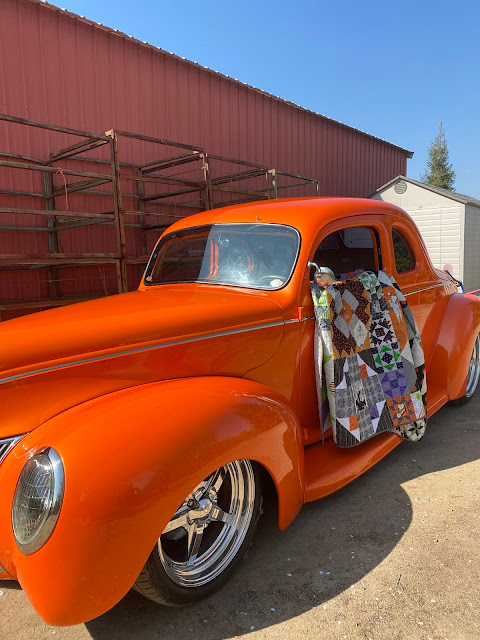 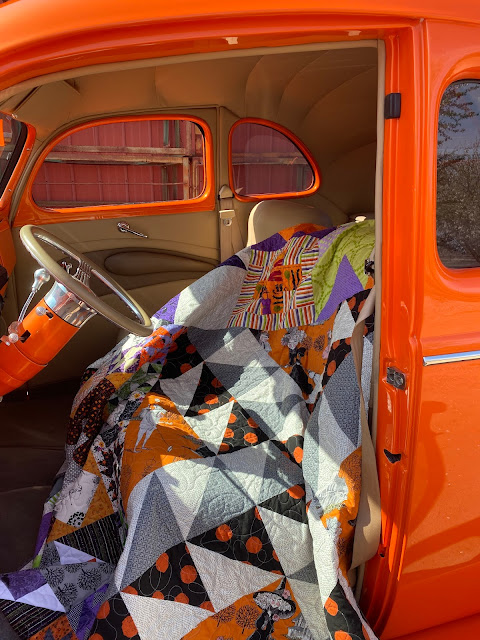 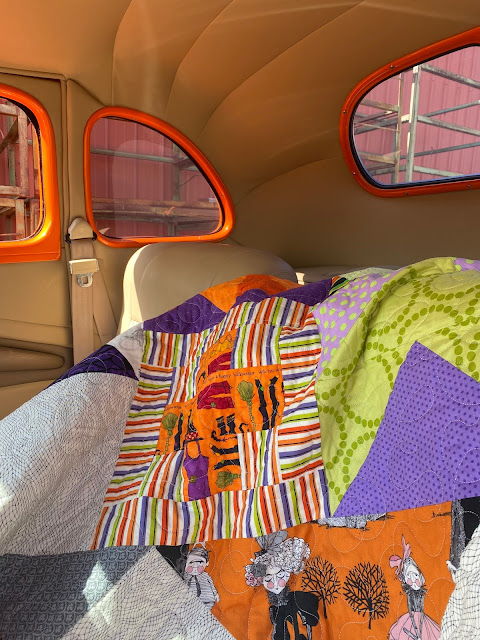 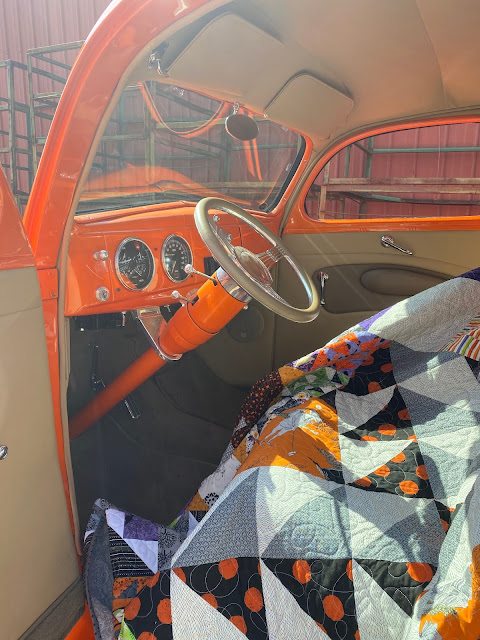 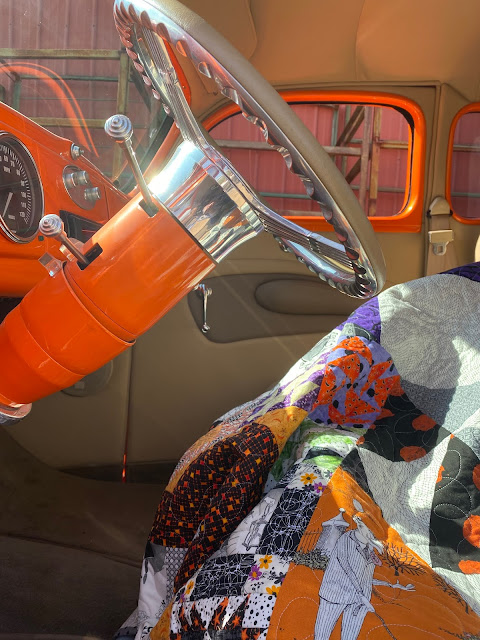 And even a photo of me taking the photos. :) 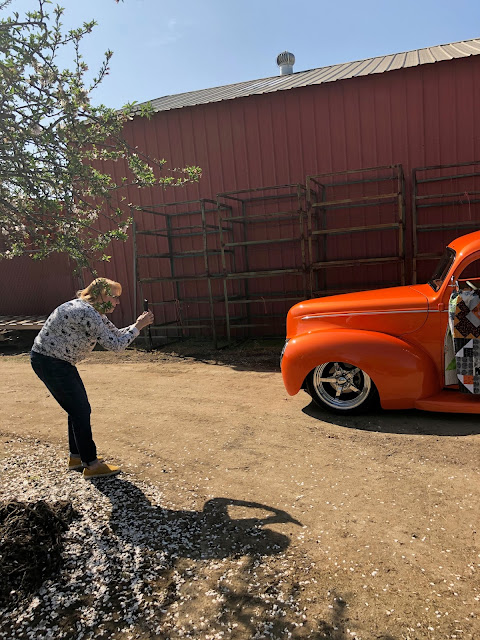 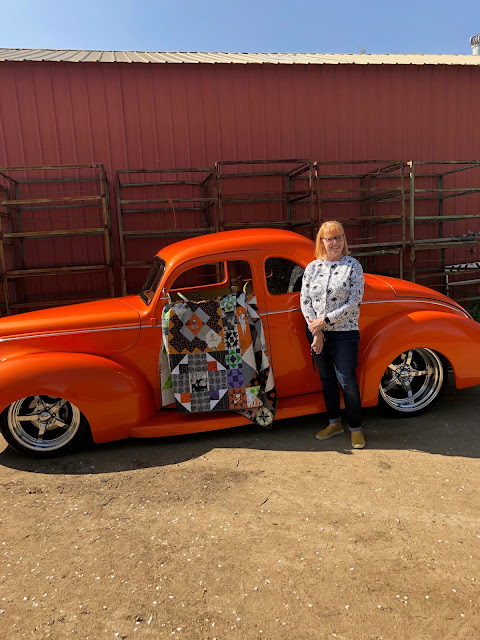 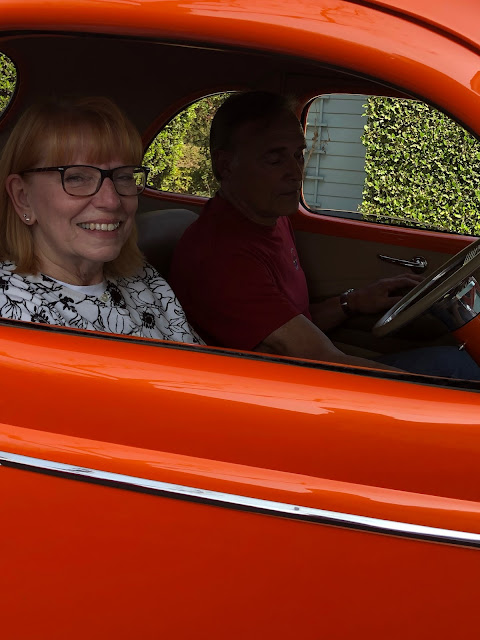 This is definitely one of my favorite combinations of car and quilt. Although I likely say that every month. :) 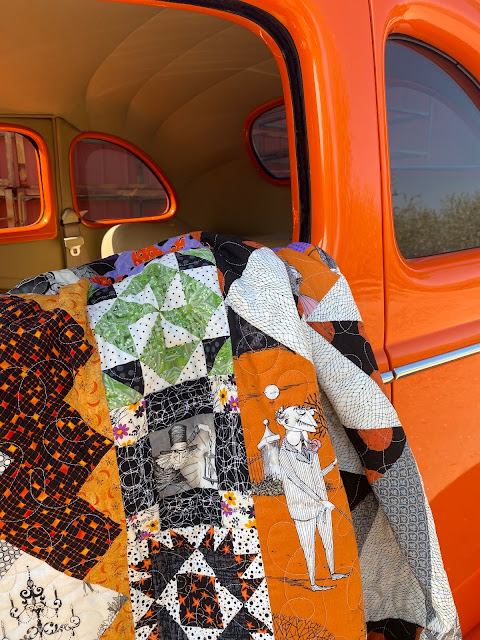 Quilt: A Ghastlie Halloween
Size: 84" x 96"
Pattern: Modern Blocks by Moda
Made by: Me
Quilted by: Darby Myers