I estimate that 2011 was when I began this quilt.

Finally, in 2017, it was finished and I took it to the beach for some photos.

I asked Aaron to be the photographer, and this photo I took of him is one of my all-time favorites. 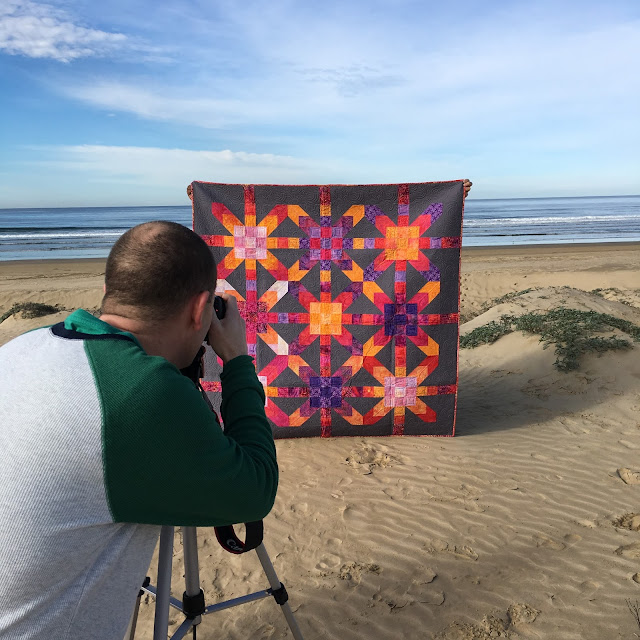 my favorite picture of the whole photo shoot :)
It spent many years folded up on a shelf.  The original pattern is by Lee Heinrichs. She did a quilt-along called Supernova, back in 2011. I loved the pattern. At that time, batiks were not embraced by the modern quilt movement, so my goal was to use batiks, set against a grey background, which was considered modern, and try to disprove that theory that batiks could not be "modern." I believe I succeeded. 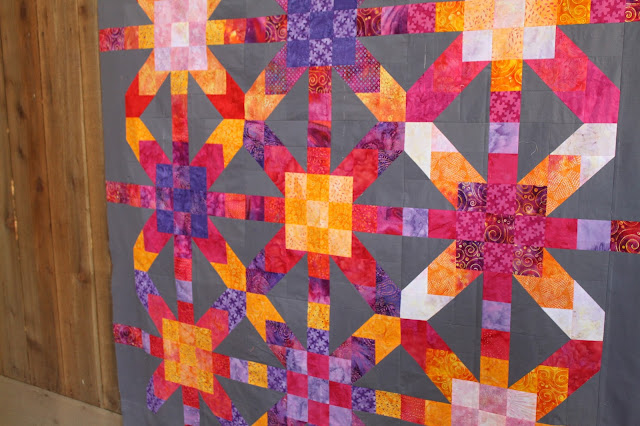 According to that blog post, I looked up the definition of supernova. I liked this definition: "the explosion of a star in which the star may reach a maximum intrinsic luminosity one billion times that of the sun."  I liked the explosion of colors, the hot saturation in each block, and the subtle luminosity. I named the quilt Supernova Starburst. 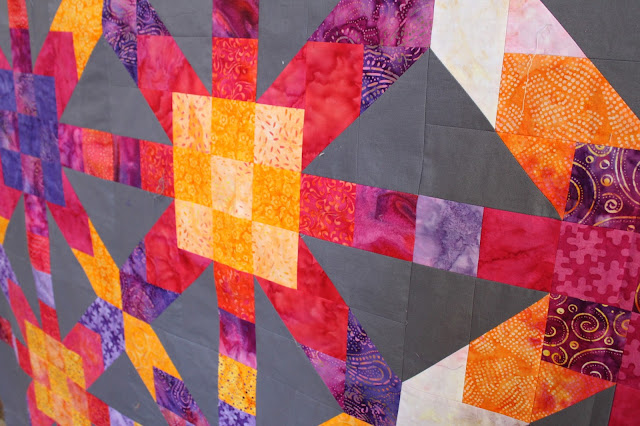 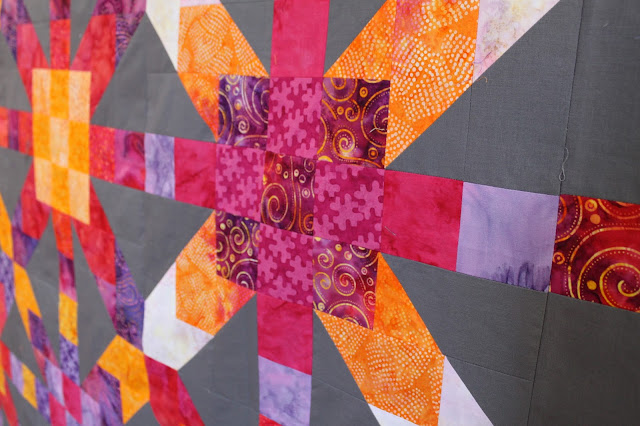 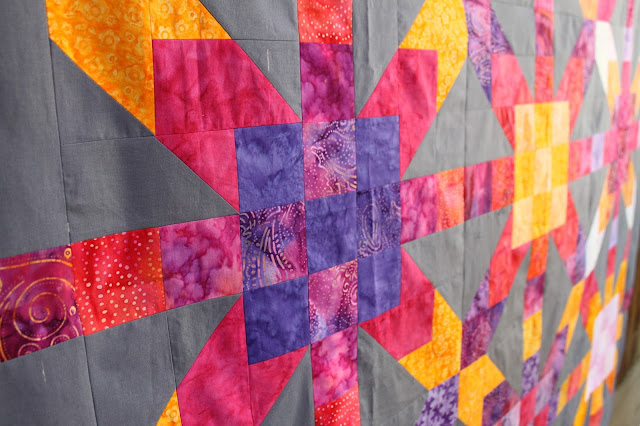 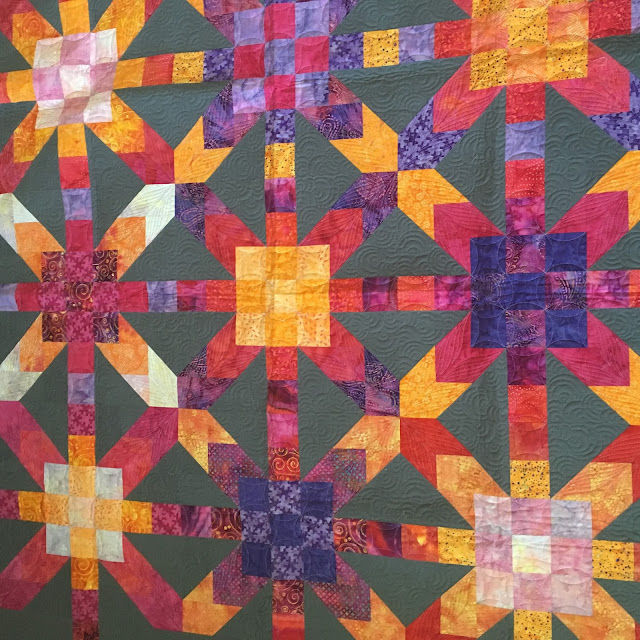 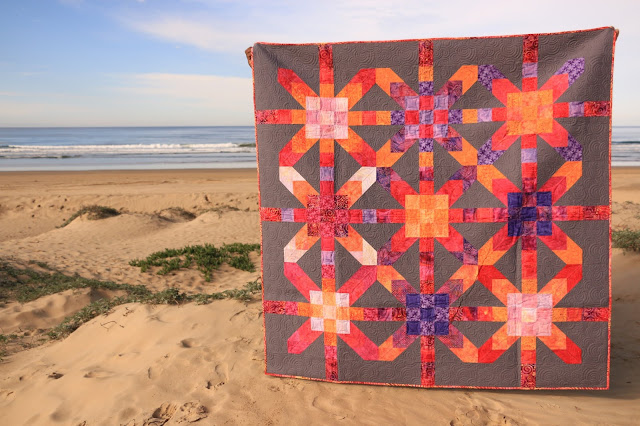 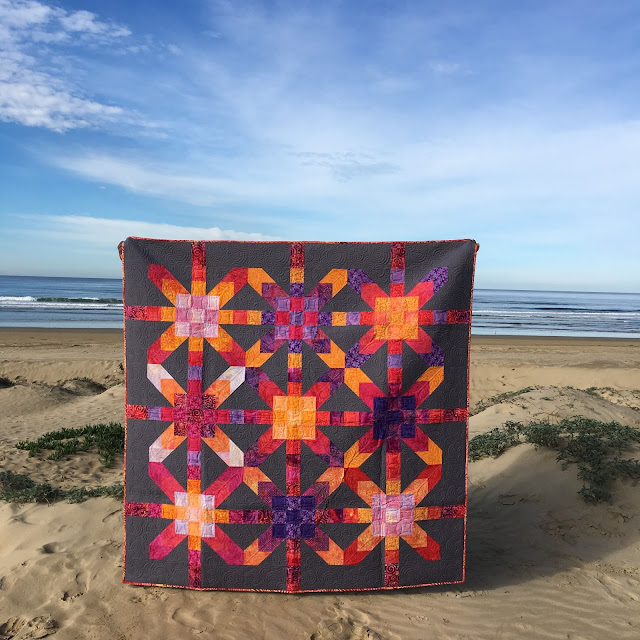 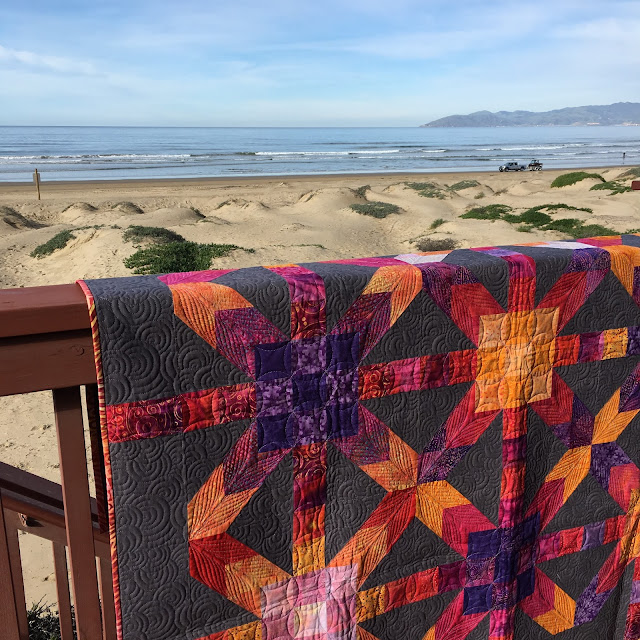 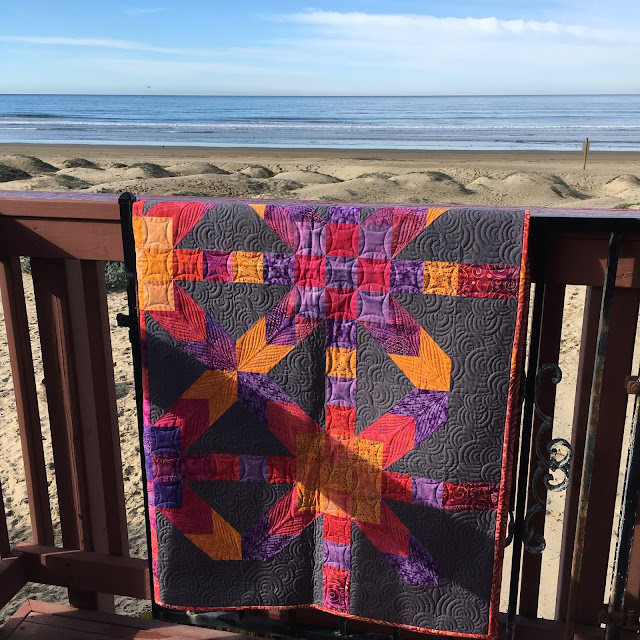 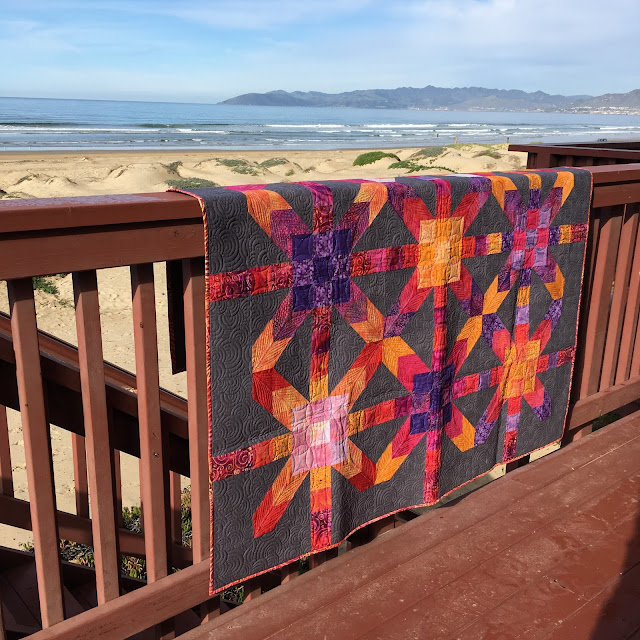 Even a photobomb by another quilt we photographed. 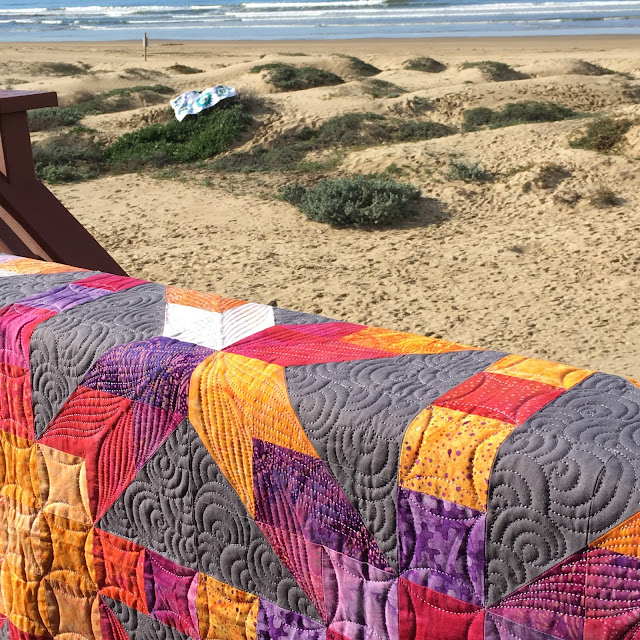 The quilting on Supernova Starburst is superb; what amazing texture. And I love the choice of the bright batiks against the grey background. They glow so beautifully. I love working with batiks; they press so wonderfully.

I really like this quilt as well as how you’re honest about the time to make & then photograph & post it here. I too remember those “reluctant batik” years.

Spectacular quilt, Cindy, and beautiful quilting on it too.